An Open Letter to BHP Billiton 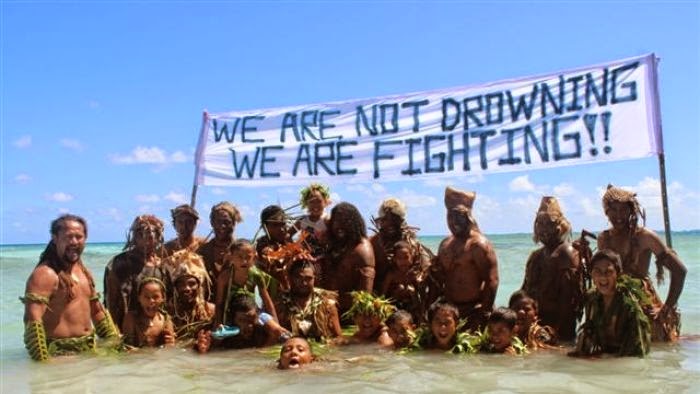 On Friday, 2nd May, ABC Online published an open letter addressed to BHP Billiton from the Pacific Island state of Tokelau. The leader of Tokelau gracefully responds to BHP Billiton's decision to decline a visit to the Island state in order to experience the effects of climate change, first hand.

Tokelau is a territory of New Zealand and is made up of three coral atolls, which lies roughly midway between New Zealand and Hawaii in the South Pacific Ocean. According to archeological evidence, the islands were settled by the people of Tokelau about 1000 years ago. In that time, this group of Polynesian people have been able to create a rich and diverse culture.

Unfortunately, the future of the people of Tokelau depends on which way the current state of man made climate change and global warming continues to progress. The Island state currently sits about three metres above sea level, with the highest peak reported at about 4-5 metres high.

It is easy to see why the people of Tokelau find the impacts of climate change a threat to their very existence. To read the open letter, continue below.

I thank you for your response to my letter sent on 10th April inviting you to visit Tokelau to witness first-hand the impacts of climate change on our nation, in light of your comments that coal is needed to lift 1.7 billion people out of poverty.

Whilst I appreciate your statement that the world must "pursue the twin objectives of providing access to energy to maintain and improve living standards and to alleviate poverty while addressing climate change", I must disagree with you on the role which coal plays in achieving this vision as from my country's perspective, continued extraction of coal will make poverty much worse.

As a nation of atoll islands, if the world lets global warming go beyond two degrees Celsius (which is the limit to warming that the world's nations have agreed to through the United Nations process), then the sea and oceans will inundate our lands and seriously impact on the livelihood of our people. Here in Tokelau, our land is our existence, it is our ancestors, and it is our future. Without our land our heritage is threatened. So we hope you understand that for us, when it comes to climate change, everything is at stake.

From the information provided, your vision to grow the world's coal sector by 17 per cent will be the cause for releasing a volume of carbon that will take the world well beyond the two degrees of warming. This plan puts the world on course to large-scale climate disruption.

Due to my country's commitment towards mitigating and adapting the impact of climate change, Tokelau has made a conscious decision about how it develops its resources without compromise to its culture and the environment hence my hope that you will consider what is at stake for all small island states, like ours.

Tokelau has invested significant time, physical effort, and financial resources to addressing the detrimental impacts of climate change. We have done this by implementing mitigation projects toward the reduction of carbon emissions and becoming the first nation in the world to be fully (100 per cent) solar in its electricity requirements. This reduces our carbon emissions by approximately 1.4 million tonnes.

For this reason I am disappointed you have not taken up the offer to host you in Tokelau, and so that you can experience first-hand how the impacts of climate change are already causing this small nation challenges in meeting our vision for the future.

Email ThisBlogThis!Share to TwitterShare to FacebookShare to Pinterest
Labels: Conservation, Impacts, Initiatives, SHOUT OUT, The Lowdown