Help NT defend their 'Cash for Containers' Scheme from Coca-Cola 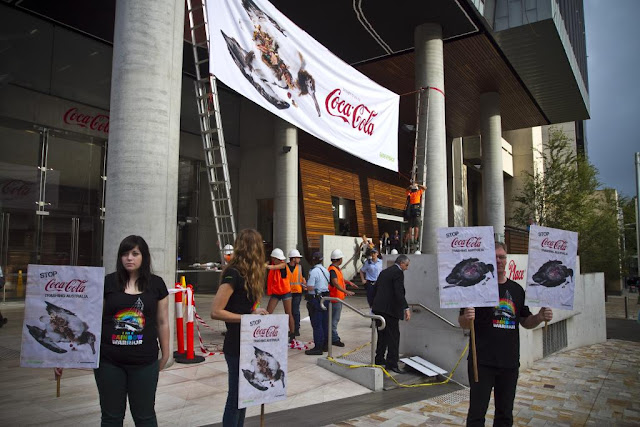 Since last year, the Northern Territory Government in Australia has been running a scheme known as the 'Cash for Containers' scheme. Under the scheme, beverage producers have to pay a 10 cents refund to consumers who return their aluminium cans and other containers to collection depots.

Since it's implementation, the scheme has seen approximately 35 million containers recycled, with local recycling rates having doubled since. With rubbish unnecessarily entering our natural eco-systems, as witnessed on a larger scale at Midway, the scheme has made an extremely positive impact on our environment by preventing the possible eventuation of plastic, aluminium and other containers from entering fragile eco-systems.

However, as reported by the ABC, the Northern Territory Government is fighting claims that the container deposit legislation is illegal. Making these claim are beverage producers, Coca-Cola Amatil, Schwepps and Lion Nathan.

With many organisations protesting the decision of these beverage makers from taking the Northern Territory to court over the scheme, there are many ways in which you can help. Follow the below links to a couple of organisations involved and who have suggestions on how you can help!

At the end of the day, businesses are in the business of making money. Therefore, sometimes the best way to tell a business you do not agree with their actions, is by not purchasing their products. By clicking on the names of the beverage companies above, you will be taken to their website, showcasing their products. Check it out and have fun shopping...elsewhere.

Email ThisBlogThis!Share to TwitterShare to FacebookShare to Pinterest
Labels: Be the Change, Explore, Get Involved, Home&Fashion, Impacts, The Lowdown, What You Can Do