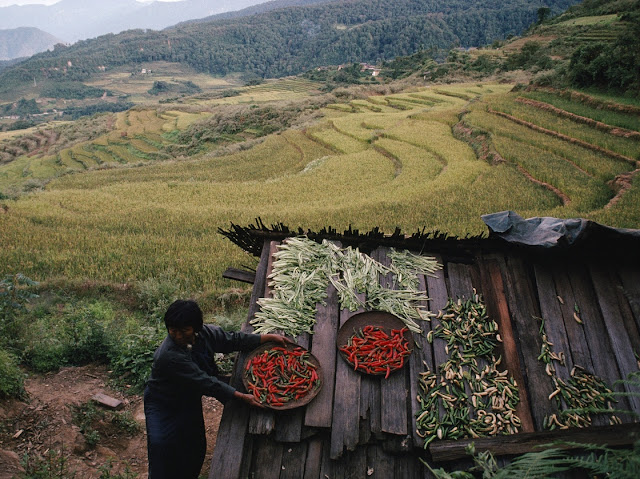 In today's world, is it possible for a country to be completely, 100% organic? Bhutan, a landlocked country in South Asia, is proving it is! Bhutan, has long been a unique country in that they have made the decision to base their economic development on protecting their environment and upon a healthy focus on mental well-being. Rather than measuring the country's prosperity based on a Gross Domestic Product, Bhutan has developed a model which measures their 'Gross National Happiness'.

Not only is it Bhutan's goal to be completely organic, the mostly Buddhist country of approximately 700, 000 people, plans on growing more food than previously grown. Their decision to go 100% organic also has the potential to increase the country's food exports to it's neighbouring countries of China and India, who have seen the demand of organic produce increase.

During a phone interview with AFP in October, Agriculture Minister, Pema Gyamtsho said that "Bhutan has decided to go for a green economy in light of the tremendous pressure we are exerting on the planet", making Bhutan a fantastic and inspiring example of how to live in harmony with our planet, yet again.