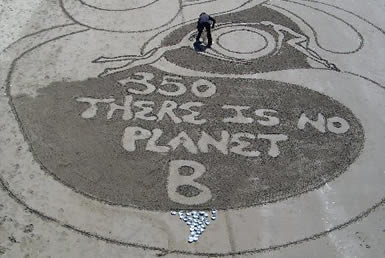 Sign up to Tcktcktck to show our world leaders that you want a bold deal to tackle climate change now!


The Tcktcktck campaign is a project of the Global Campaign for Climate Action, who have brought together hundreds of millions of people from around the world who want global action.


"We want a strong climate treaty that not only reverses the march of dangerous climate change, but also helps us tackle some of the world’s largest challenges. We can create millions of green jobs, reduce healthcare costs, lift millions out of poverty, and put renewable energy into the hands of everyday citizens in the developing world.

Leading experts, scientific bodies, and economists have documented the benefits of strong action on climate change. Copenhagen should have been remembered as the moment when world leaders made bold decisions, but they didn't. Our leaders aren’t done yet, and we still need the same thing".

Join today ahead of the UN Climate Conference in Mexico, which will be held on November 29, 2010.

Remember, you must be the change you want to see in the world.

Email ThisBlogThis!Share to TwitterShare to FacebookShare to Pinterest
Labels: Get Involved